We mourn the loss of Prof. Dr. Chica Schaller 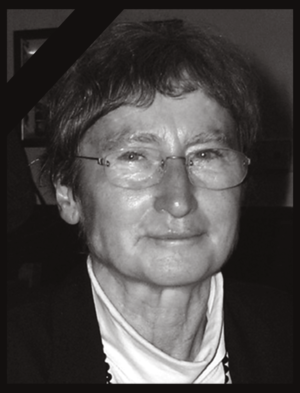 a Founder and member of the Board of Directors of the Chica and Heinz Schaller Foundation. Chica Schaller was an internationally renowned neuroscientist, who was one of the founding members of Center for Molecular Neurobiology in Hamburg, where she was the Director of the Department of Developmental Neurobiology. Having started her career as a linguist, she passionately wrote books and poems till her demise. Inspired by the groundbreaking work of her husband, the late Prof. Dr. Heinz Schaller, a pioneer in the field of Virology, Chica Schaller later went on to study Molecular Biology at the University of Tübingen.
Chica Schaller was also known for her dedicated support and mentorship of junior scientists. Together with Heinz Schaller, she founded the Chica and Heinz Schaller Foundation to support innovative biomedical research, especially in the fields of Neurobiology and Infectious Disorders. She was a role model for women in science and was actively involved in supporting young researchers until her demise. Her legacy will live on in the Foundation and in the many lives she has touched.

Her legacy will live on in the foundation and in the many lives she has touched.

The board of Directors and the Scientific Advisory Board