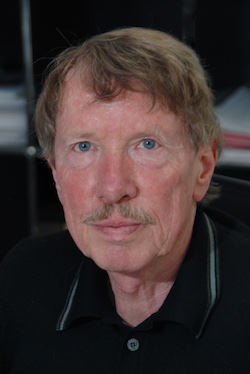 The Chica and Heinz Schaller Foundation mourns the passing of Prof. Peter Seeburg, a long-standing colleague and a member of the Scientific Advisory Board of the Foundation. Peter Seeburg was an outstanding neuroscientist of international acclaim, whose pioneering work opened many new vistas in science.  Several of his ground-breaking discoveries were directly translated into new cures for many disorders. Peter Seeburg obtained his PhD under the supervision of Prof. Heinz Schaller at the University of Tübingen, continued his scientific career at the University of San Francisco and the pioneering biotechnology company, Genentech (USA) and took up a Chair position at the Center for Molecular Biology at Heidelberg University before becoming a Max Planck Director at the MPI for Medical Research in Heidelberg.

Peter Seeburg was known for his witty and insightful intellect, immense power of mind, pioneering spirit, unwavering devotion to science and his special brand of humor. Peter was a valuable supporter of the Chica and Heinz Schaller Foundation and his creativity and scientific morals were important in forming the goals and activities of the Foundation. He will be greatly missed by the scientific community and the Foundation.