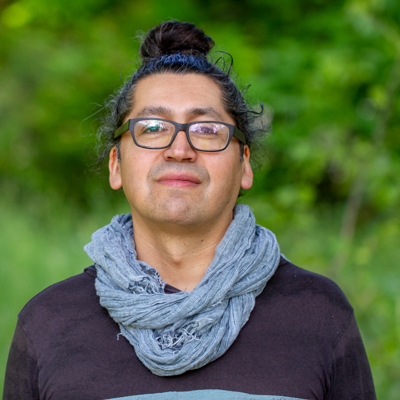 Laboratory of Neural circuits and Behavior

Institute of Anatomy and Cell Biology

We are interested in understanding the genetic, synaptic, and circuit basis of innate social behaviors such as aggression, mating, and parenting. Our ultimate goal is to generate a comprehensive understanding of the regulation of these behaviors in the normal brain and their dysregulation in models of neuropsychiatric disorders.

Execution of complex behaviors such as social interactions relay on the integration of different signals arising from multiple brain areas. We are interested in understanding how these signals are integrated within the midbrain periaqueductal gray (PAG), a major interface between the forebrain and the lower brainstem that plays a major role in integrated innate behavioral responses, such as aggression and mating. We aim to characterize, in exquisite detail the molecular and synaptic organization of PAG circuits using a combination of single-cell transcriptional profiling, viral labelling and tracing of connectivity in genetically-defined PAG populations, as well as detailed electrophysiological characterization of these different cell types.

The PAG is considered a major node for organization of innate social behaviors, but how different PAG neurons promote specific aspects of behavioral outputs remain poorly understood. We are using a combination of advanced video-tracking, recordings of ultrasonic vocalizations during naturalistic social interactions, cell-type specific manipulation of PAG circuits via chemo- and optogenetic approaches, and in vivo fiber photometry to dissect the contribution specific PAG neuronal populations to behavioral outputs.

Disruption of innate social behaviors is commonly observed in devastating neuropsychiatric disorders such as autism, schizophrenia, and bipolar disorder. We aim to understand the genetic and circuits basis of neuropsychiatric disorders using two distinct but complementary approaches. First. We are capitalizing on emerging stem-cell and CRISPR technologies to introduce disease-relevant mutations in pluripotent cells prime to develop into human neurons, and study the effects at the genetic and synaptic level. Second. We are taking advantage of mouse models of neuropsychiatric diseases as well as state of the art circuit approaches to generate a comprehensive understanding of disease-associated changes in PAG cell-types and synaptic connections that may underlie, and ultimately promote, behavioral abnormalities during disease.

Publications after start of funding